Our story actually starts back in 1992 – just after Rob and Alison got married where Rob had a very vivid dream of a church being started in Solihull.

Although he didn’t know it was Solihull in the dream, he could see this vibrant group coming out of a building and onto the street and a road name – in an area he had never visited… Richmond Road.

He woke up and searched the A to Z and found the road name in Solihull and as they drove down the road the next morning, they saw that it looked very much like he had seen it! 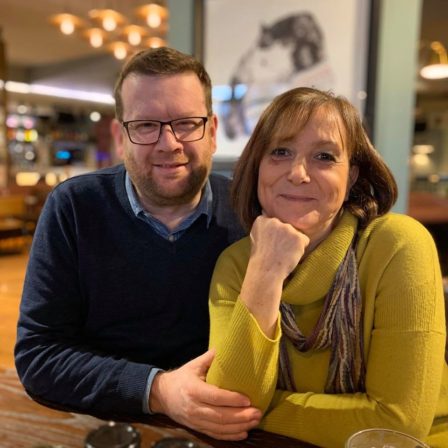 They didn’t move to Solihull at that point… although they were up for it, but instead they started on a course of preparation for leadership, joining a church in Birmingham where they could get good training and support for a vision of church planting.

So  Rob and Alison got stuck into that church (now called churchcentral) and became a part of the leadership and eventually Rob ended up working full-time in this rapidly growing church and they were having so much fun that actually they forgot about the calling God had given them to Solihull… until nearly 10 years on Rob started to get restless. Very restless – he just couldn’t settle and didn’t know why.

It was around this time they met some people from Solihull at a leader’s conference and ended up praying and prophesying over them… about ‘letting go of the reigns’ and ‘being free to go’ – funnily enough and from that time on Rob and Alison could not stop thinking about Solihull.

Perhaps we are meant to be helping them in some way? they thought. Should we be going over there to support them? Perhaps this was a church thing – we as a church supporting them? But, no, it became increasingly clear they had to go there and lead them and as it turned out… the church there was looking for a new leader…! (almost like God had a plan!)

Over a series of months this is what became increasingly clear as God reminded them of the dream Rob had been given and the calling to plant a church. But this was an existing church? How did church planting figure in this?

This became apparent as they moved over in 2008 to lead the group that were there. What they found was a church that was very discouraged and damaged. They’d had been many problems in leadership, all kinds of serious issues there and within two years  realised that it needed to close down and start again.

But what should they call this new church – what about its name and vision? As a family they talked and prayed until finally they settle on the name – Jubilee… and do you know it fitted so well with the vision that was in their hearts and so Jubilee is what it shall be! 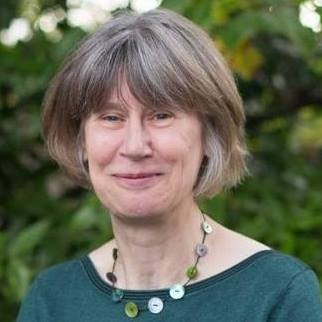 The very day Rob had a message from a prophet friend from Sheffield, Ginny Burgin and she said:

“The church will have a completely new start, a year of jubilee, of release and blessing…The new is coming, there will be the building of something new which brings liberty and joy, a new name is written over them, a name of liberty, clarity and planting in Him, Jubilee.” Ginny 3/7/2010 – How about that?!

Jubilee church was launched on Sunday 5th September 2010 with the vision that went with that name.

We started with around 30 people – a lot of whom are still part of the church… thanks to all of you for believing in us and sticking with us!

We particularly want to honour Trev and Wendy – Steve and Trudi – who were our first leadership team. Also Tom and Kate who joined us just all around the same time – Tom has led our worship. All of these people were so crucial in getting things started… and are pictured left to right just below.

Angela Kemm, a friend originally from South Africa has been such a key part of our journey too – encouraging and supporting us and fairly frequent robust conversations along the way…!

David Carr – who until recently led the nearby Renewal Church who spoke to us so powerfully on 10th anniversary service. David believed in us in those early days, encouraged and challenged us. Rob tells us that Dave called him up almost every week saying come and see me, tell me what you are doing and how you are doing… !

Rob writes: we started with a desire to see things differently, to see things as they should be, not the demolition and rebuilding site we had become in those early days.

God gave us a vision that would compel and inspire us to a better future for ourselves and the people around us and the vision was in our name ‘Jubilee’, it does what it says on the tin!

Rob leads the team at Jubilee and works full-time for the church, having previously spent many years as a lawyer. He is passionate about pursuing the presence of God. Increasingly, Rob is helping to develop other church leaders, and to lay prophetic foundations for their churches.