Welcome to a new series on the blog about God at Work and in the Workplace. The first post comes from Esther Sweeney who works part time as a scientist at the University of Warwick.

God at Work and in the Workplace

When I was 16 years old someone prophesied over me, I don’t remember much about the details, other than a particular question; he said he felt that God was asking me “Are you prepared to give up things to follow Jesus? Just as the disciples were called to?” He felt that, for me, this would mean giving up my academic achievement. At the time I didn’t think much about it, I was lucky enough that I didn’t find learning difficult and quite enjoyed school. I was expected to do well but I wasn’t that ambitious, the idea of ‘giving up’ my achievement didn’t seem particularly challenging. However, the question stuck with me, I have come to recognise this as a sign that the word is from God, and I was going be reminded of the challenge a number of times in the future.

I did succeed academically. I fought with serious glandular fever at University, but my grades didn’t suffer too badly and I received a good degree. It was only after leaving formal education that I began to struggle to make anything of my academic success. Despite numerous interviews I found it difficult to get a job and when I did, for one reason or another, they didn’t last. For example, I began training as a teacher but quickly discovered that the emotional stress was too great for me, I was accepted onto a pilot scheme to fast track science graduates into medicine only to be told one month into it that there was not enough funding for it to continue. These, plus other similar situations, led me to believe I had failed my potential.

Why would God give me such academic success for it to be wasted?

Then, one afternoon, whilst working on a temporary contract as a cleaner in the halls of residence that I had lived in during the first year of my degree, I broke down. I asked God why would he give me such academic success for it to be wasted? It was in that moment that I felt the gentle conviction of the Holy Spirit, reminding me of the prophetic word I had received years before. The achievement was not wasted, God was working on my character. It was the closest experience I have ever had to hearing the audible voice of God. He very clearly spoke to me about how it was who I was and not what I did that was most important. I asked him why I couldn’t have a permanent job at least and he replied that I was in every job just long enough to do what he had planned for me to do whilst there, or to learn what he had planned for me to learn. I looked back and realised that in each of the short term roles I had held I had been given at least one opportunity to share the gospel or pray with someone. Suddenly I realised who I was working for? I was never just a cleaner or an office administrator I was an ambassador for God, an undercover agent for his kingdom and my attitude to work totally changed.

A gift from God

I still had days when I found the work I had to do difficult, frustrating or boring but as I was obedient to Jesus, he was gracious to me and when I was not particularly looking for it I was offered a PhD. I had found the job that suited me and it was academic! As I learned to let go of my academic achievement, God had, in his generosity and wisdom, blessed me. Ecclesiastes 11:1 “Cast your bread upon the waters, for you will find it after many days.”

Academia is a competitive environment with short term contracts where people fight for recognition and status, but God had perfectly prepared me for it. I was able to avoid the pressure others felt and champion their achievements without feeling threatened. This was counter cultural, did not go unnoticed and allowed me to share the source of my security with colleagues. I knew that my opportunity had been a gift from God and because my job was about more than what could be seen on the surface I could trust that he would help me. Even if I didn’t get the PhD I would have achieved a more important goal, serving him and blessing those he had surrounded me with. 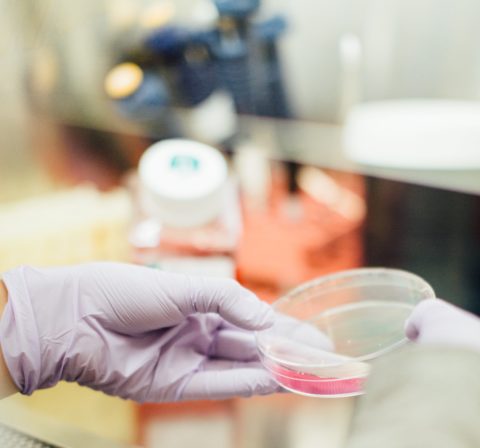 When I took a career break to raise my children the people I worked with couldn’t understand what I was doing, they warned me that if I left science for any period of time I would never return. I knew that I wanted to prioritise my family and I had learned that God had a plan for me. God was positioning me for his purposes and it wasn’t what I did that mattered but who I was employed by (my heavenly father). Society was going to put pressure on me to be more than ‘just a mum’ but I held onto this truth, that raising children to follow Jesus was a precious and significant job.

As always, God has been incredibly faithful, he has provided me with a part time role in research again that perfectly fits with my family life and was miraculously made for me, it is another short term contract but I no longer mind. I’m enjoying serving him in the place and time he has chosen for me. God is the most amazing boss and looking forward to the next place he will take me is a true adventure.

Esther 4:14 “And who knows whether you have not come to the kingdom for such a time as this?”

Thank you Esther for contributing to our series on God at Work and in the Workplace.   Becky Webb wrote about God at Work which is worth returning to.