This week’s blog post is written by Esther Sweeney

Science and Faith: is there a conflict?

There is a common presumption today that Science and Faith are incompatible. Due, in part, to the popularity of new atheism. In recent years the loudest proponents of this world-view, such as Richard Dawkins, appear to have lost favour, yet they leave a legacy. A legacy that means many will not even consider Christianity for fear they will have to reject scientific evidence.

In addition, prominent Christian voices have too often failed to provide a convincing framework within which science can be reconciled to faith. Many Christians do not pursue certain fields of science, feeling they would not be taken seriously, thus perpetuating the problem. Worse still, for those who do begin to study science, taught largely with an atheistic world view, plenty go on to reject their faith.

I am a Christian, I also research bacterial evolution. It will not surprise you then, that I accept that science and faith are complimentary. However, I usually avoid disputes about the specifics of evolution and creation. Why? Well, even among Christians, opinions differ widely and the truth is, definitive proof on either side of individual arguments is always elusive and the debate usually divisive. 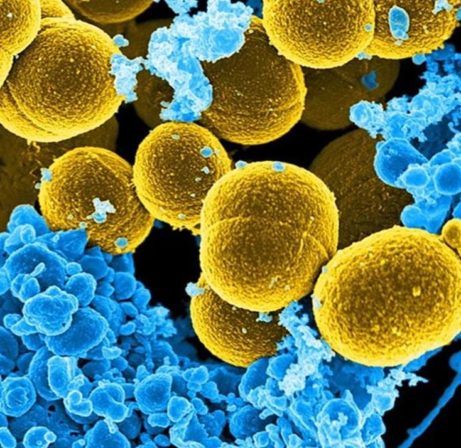 The possibility of a Creator

I prefer, instead, to persuade people that the possibility of a creator is a reasonable one. I am confident that if people are open to the idea of God, when they consider the evidence, he will be made plain to them (Romans 1: 19-20). For example, even a very brief examination of well established scientific principles could, if presented objectively, cause someone to stop and re-consider. Take the first principle of thermodynamics for instance, it states ‘the total energy of an isolated system is constant; energy can be transformed from one form to another, but can be neither created nor destroyed’. According to this principle, energy cannot be created, it is impossible. It is, therefore reasonable for a physicist to accept that, whatever happened at the big bang was also impossible or, as you may legitimately suggest, miraculous.

So how do we engage meaningfully with people on this subject and avoid unhelpful arguments?

Examine your attitude. The bible says in James 3:17 that ‘wisdom from above is pure, peaceable, gentle, open to reason, full of mercy…impartial and sincere’. Debate science with this in mind. Too often Christians argue against evolution in a stubborn, or unreasonable manner, and use poorly researched or badly understood science. This only serves to harden the heart of your listener. Scientists have usually committed much, time and passion to their research and deserve to have it respectfully considered.

This is not to say we must agree with or accept every piece of evidence presented, certainly not. Always be mindful of Romans 1:18; that all men, ‘by their unrighteousness suppress the truth’. A sad reality, deeply unscientific in its nature, is that a lot of research is conducted with the belief that the existence of God is an impossibility. Pure scientific reasoning, with no ‘faith’ bias, must accept that anything is possible and infer the most likely theory based solely upon the evidence available. Unfortunately, work that considers the possibility of a creator is left largely unfunded and unsupported, reinforcing an overall atheistic bias.

Always be confident in the authority of scripture. I am convinced that all scripture is true and will be shown to be without error when fully understood. However, once again in Romans, it says that, because people do not honour God, they ‘become futile in their thinking and their foolish hearts are darkened’. Without the Holy Spirit’s inspiration, human interpretation of scientific evidence, and indeed scripture, is imperfect. We must be mindful of this when engaging in discussion with others, but also honest and humble enough to admit when it applies to us too.

If you believe in a Creator, you are in good company. The idea that faith and science are irreconcilable is relatively recent and relatively limited. Many of history’s great scientists were motivated by their faith and their discoveries only served to confirm their beliefs, Newton, Einstein, Pascal and Boyle, to name a few. Furthermore, even today, there are well-respected scientists who support the idea that religion is, not only compatible with, but enriches scientific philosophy. Such as Francis Collins, leader of the Human Genome Project and author of ‘The Language of God’ or Paul Davies, winner of the 2002 Faraday Prize, who says, “It may seem bizarre, but in my opinion science offers a surer path to God than religion.”

Creation is full of amazing and astounding complexity, it has fine tuning, order and design, yet is overwhelming, fascinating and beautiful in its diversity. Learn about it, discover it, enjoy it, let it lead you to worship the creator from whose imagination it all came. As you do so, you will not only become well informed but also inspired and able to encourage others to discover the one behind it all. 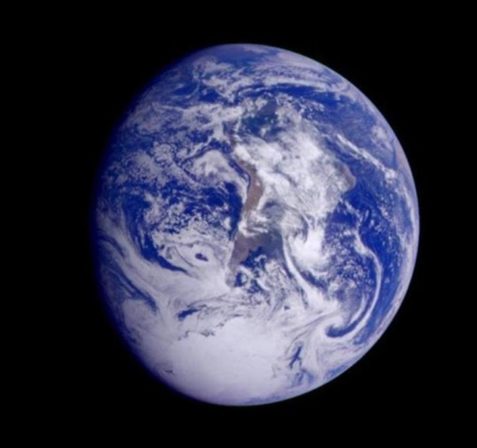 “If you study science deep enough and long enough it will force you to believe in God”     Lord Kelvin: Physicist who formulated the Second Law of Thermodynamics.