Let’s honour one another

As we came together recently to celebrate the life Queen Elizabeth ll, much has been said about duty, honour and respect.

On her 21st birthday the Queen promised that her life would be in our service, and she was true to her word. Her sense of duty and service was shored up by her strong faith in God. In the strength she gained from her prayer life and her faith she was able to serve God, her family and the people. Only two days before her death she was still carrying out official duties.

During the funeral service there was again talk about her faith, duty and service. The most striking part for me was when the Archbishop of Canterbury talked about servant leadership. The Queen followed the example of Jesus – the greatest servant leader of all time. Jesus told his disciples he did not come to be served, but to serve, and to give his life as a ransom for many. 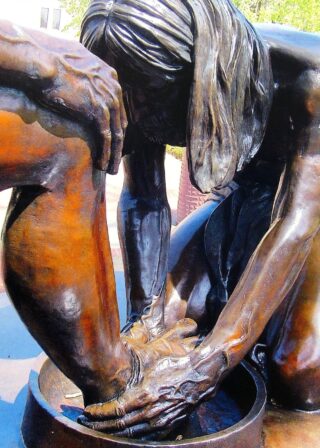 The funeral of Her Majesty and the period of National Mourning was a time for all of us to honour an amazing woman. But honour does not belong only to those in high office.

One of the foundational elements of Jubilee Church is the determination to honour one another and those we meet outside the church. The Children’s Storehouse not only serves those in need with the provision of children’s clothes but also honours the parents and carers in their role.

Who do you know who needs a word of encouragement?

The Archbishop of Canterbury