Considered how exciting and awe-inspiring it would have been to have heard the report given by Paul and Barnabas in Jerusalem about “all that God had done”? (Acts 15:3-4)

As I was praying in anticipation of Canon Andrew’s visit I had the sense that it would be like listening to Paul or Peter: I was not disappointed!

A man of stature

Despite being confined to a wheelchair because of Multiple Sclerosis it is obvious that Andrew is a man of stature both physically and spiritually. He conveys a natural and spiritual authority with the tangible presence of enormous grace. 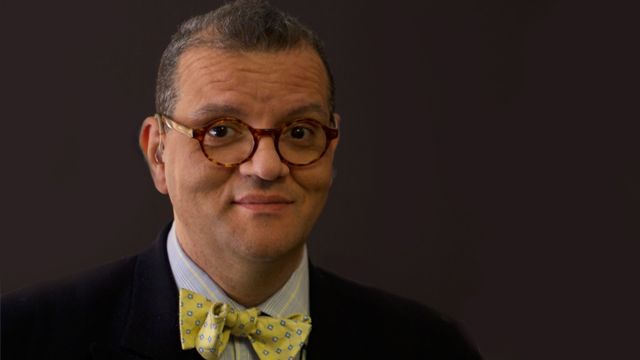 Commencing with a greeting in Aramaic, he then read Esther 8:5-8 which describes Esther making an appeal to King Xerxes regarding the horrific law which ordered the destruction of the Jews. Andrew drew our attention to the fact that “no document written in the king’s name and sealed with his ring can be revoked (reversed)” (v8). The word reversed / revoked only appears this once in the Bible.

He then shared how in many astounding ways God has demonstrated His ability to reverse situations which seemed impossible. From his childhood to the present days we heard how God has reversed decisions and situations in Andrew’s life to bring His own glory. To hear simple truth illustrated so matter-of-factly and humbly by (his) day-to-day events was amazing and profound!

Andrew’s examples of God’s divine reversal included God’s miraculous directing in taking him from being a doctor of anaesthetics to the Church of England vicar in Iraq; as chaplain to US forces holding church services in what had been Saddam Hussein’s throne room, and baptising people in Saddam’s palace swimming pool!

The challenge for us, through the example of Esther, is to be obedient to God’s direction and allow the bad in our past or things that are impossible to become radically reversed by God’s power and glory. Our testimony can be that God is the Restorer who brings about change!

Peter is married to Jill and together they have been in Christian ministry since the early days of their marriage. They have four grown up children and dozens of grandchildren and are a great addition to the Jubilee family in their example and wisdom of years.