Christmas is often a time to catch up with family and friends; a time for sharing, updating and remembering.

We listen to the familiar words of the birth of Jesus and perhaps skip over details. Can I invite you to consider two people for a moment?

Simeon only appears briefly in Luke’s Gospel (Luke 2:25-35). He is described as ‘righteous and very devout’. The words used indicate to me a man who never seems to make hasty decisions, is impervious to being rushed and constantly steady!

One might say such a person is spectacularly reliable and dependable! I’ve met a few people like this over the years and sometimes you’d just like them to move faster!

Balance this with the statement that Simeon “eagerly expected the Messiah to come and rescue Israel” (Luke 2:25 NLT) and I get the picture of a man who has spent time thinking deeply!!

He has considered all that the prophets have said and has concluded that the time is NOW for the Messiah to be revealed. Amazingly the Holy Spirit has told him that he himself will see the Messiah before he dies (2:26). However it came about we know that Simeon understood what it was to be led by the Holy Spirit and so he was in the temple when Mary and Joseph brought Jesus to fulfil the necessary ‘rituals of the Law’ (2:27).

Then he knew! This was THE ONE: his moment had arrived and from deep within emerged the amazing words we now hear repeated every Christmas as he blessed Jesus and then Mary and Joseph! (Luke 2:29–35).

With excited anticipation he testifies “as you have promised, you may now dismiss your servant in peace for my eyes have seen your salvation” (2:29-30)

Truly Simeon was a man ahead of his time – experiencing New Testament truth in the Old Testament era!

Mary, a teenage girl, was surprised by her angelic messenger: “Greetings, you who are highly favoured! The Lord is with you.”(Luke 1:26)

Luke says: “confused and disturbed Mary tried to think about what the angel could mean.” The words used speak of being ‘thoroughly disturbed’, ‘agitated’ and ‘to deliberate reason, think’. Obviously she had a hard time reconciling herself with the words spoken!

Have you ever considered what caused her such turmoil? Of course there was the news that she was about to become pregnant and all that involved! But also, I think, there was the way the angel had spoken about her; “Highly favoured’ – what me!!?” 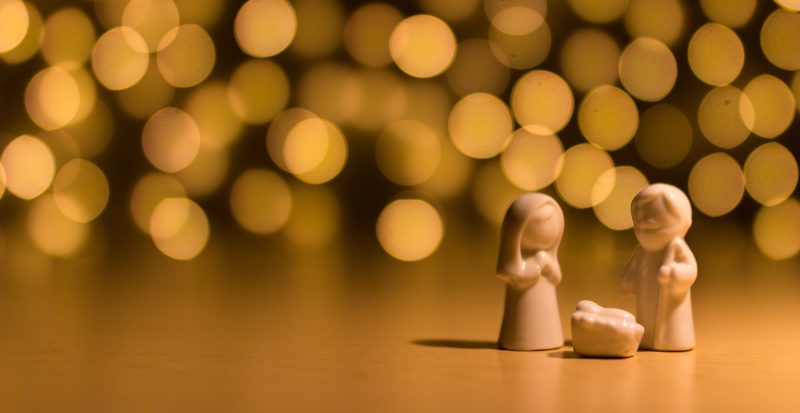 At the church weekend away I was challenged by the Holy Spirit to listen to the encouraging words being prophesied over me: ‘Are you listening to what they are saying? They are telling you what I think about you’.

How often we too lightly ‘brush off’ kind words that are spoken to encourage!

The angel explained; “… you have found favour with God.” He then revealed God’s staggering commission for Mary – to give birth to “the Son of the Most High”.

Mary’s response is a practical one – “…How will this be, since I am a virgin.” (1.:4) Her dilemma was genuine, to which she could find no solution until the angel explained the unique process. (1:35)
Mary’s instant compliance is just astounding! “I am the Lord’s servant, May your word to me be fulfilled!” (1:38)

She risked SO much – loss – of character, of Joseph, of respect, of future marital prospects and possibly even her life!

Are you a deep thinker or a risk-taker?

The most important thing is to remain faithful to trust what God has promised like Simeon and like Mary to commit totally to whatever God has commissioned you to do and fully accomplish it!

May Christmas 2018 be one of astounding revelation and prophetic insight!

Thank you to Peter Davey for this blog post.